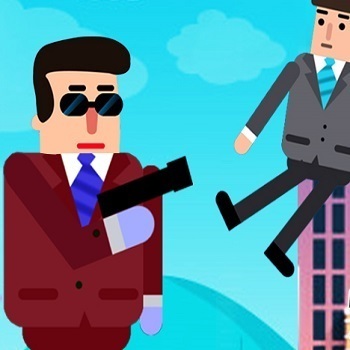 Do you like ninjas? Then you’re in the right place—the ninja games section! This is where fans of the most famous martial arts culture of the East will find games to their liking.

Who are ninjas? Surely now even kindergarten kids will be able to answer this question, and yet it was only quite recently that this mysterious Asian culture penetrated European life. That the culture of the ninja remains incomprehensible to many is understandable, as the very name "ninja" is translated from Japanese as "hidden" or "that which is not visible".

We are used to thinking of ninjas as elite Japanese assassins, spies, or saboteurs, although the meaning of this name goes, of course, much deeper. The enigmatic nature of ninjas is most likely why people want to join the ninja culture.

People around the world love ninja games. Some of these games are related to the favorite characters of the animated series and comics, Ninja Turtles. This team of mutant turtles, which first appeared on television screens in 1984, has fascinated several generations of children and continues to do so today. Their Sensei rat, Master Splinter, teaches the mutant turtles the art of ninja, and then, releasing them from the sewers into New York streets, he sends them to fight evil. Ninja games where the main characters are turtles are considered one of the most popular games in Europe, and in North and South America too. As well, a lot of fans of these wonderful heroes live in Japan.

Ninja games not only teach us how to fight using masterful techniques, but they also teach us much more important things, such as: the feeling of camaraderie, the desire to protect the weak, and how to be look out not only for ourselves but for our team.