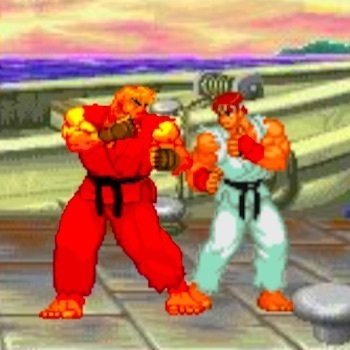 In this section, not only are classic boxing games collected, but so are funny ones! In the funny games, cows appear in the ring, you can work out a blow with the President of the United States, or put a finger in the eye of a casual passerby. There are many silly options to choose from and enjoy.

Boxing is perceived differently by everyone, but nonetheless, it remains a popular sport. Not many will watch the fights of novice boxers, but speculating about outcomes of matches that include heavyweight champs like Klitschko, Tyson, and Ibragimov is a popular pastime. Advertising and passions in the media help influence decisions before the fight. Long before the battle, and sometimes even before signing a match contract, mutual threats of fighters, skirmishes in the press, and other PR moves begin. During this time, the public manages to split into two camps, supporting one fighter or the other. And it doesn’t matter how they feel about boxing, they all watch the battle out of the corner of their eyes to find out if they have made the right bet.

Media games, however entertaining, do not change boxing. Anyone who does not relish this particular sport will be completely indifferent to him for most of the year. Reasons for this indifference is that he is busy working on a variety of martial arts shows and Hollywood action movies. After all, boxing is not all about sheer strength and power. It is a game of nerves and will, a game of characters and skills; it is ultimately a sport of long-term training and quick strikes.